Walking the slut walk!!! Is that the cure to the infection of eve teasing? Could it do enough in Toronto, Canada and Chicago?  Do comments like ‘’ women should stop dressing like sluts in order not to be victimized ’’ an insult for a girl or a boy? Are women here not raped in salwaar kameez? Starting since the 1960’s, when the Indian women started going out to colleges, working independently, the problem of eve teasing has grown at an alarming rates. Every day 480 cases of crime against women are reported, 45 women are raped and 19 dowry deaths occur on ordinary basis. Every hour 5 women face cruelty at home, about 4 cases of molestation are reported. 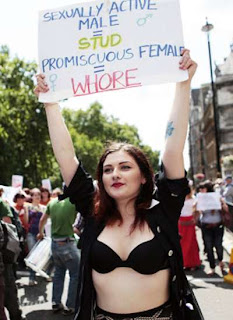 Do these stats. not make the society ashamed of itself? Why is it that women are not allowed to go to late night parties? Why are their restrictions on women, to be dressed the way they want to or else be tagged as sluts as done by Constable Michael Sanguinetti?   We all already know the answers to all these questions, but now its time to accept it. It’s time to accept that we are weak enough to fight back. We blame the things on the society, and accept it as a part of our life. We take the serenity and fortitude of women for granted.

The consumerist culture of India sells women’s body as an item of consumption. All the cosmetic ads, perfumes want women to look sexy and hot consciously to attract men. Fashion designers, toothpaste makers to soap makers all try to entice girls to use these products and be sexually desirable. Every where in our society women are being projected as sex objects and women themselves do not seem to be far behind in projecting there sexuality as ‘bait’  to become a film star or a model.

Maqbool fida hussain the renowned painter of Indian origin is considered as ‘’Picasso of India’’. He had to go for an exile to Qatar, for he painted gods and goddesses of Hinduism unclothed. Our culture is reluctant to appreciate the piece of art which today is renowned worldwide. The legendry artist had to live his last days away from India unwillingly.  Did this culture of India just forget about the Hindu text KAMASUTRA, where KAMA itself means sensual and sexual pleasure? It is the same culture which dispirited our tennis player Sania Mirza, after she came back making India proud as she was the only Indian women to reach the fourth round of grand slam. A Muslim organization had issued an edict demanding India’s teen tennis sensation Sania Mirza cover up during matches, describing her short skirts and sleeveless shirts provocative.

So is it this culture and Indian society, who will determine whether slut walk is right or not? The women are back with a bash and Delhi will se a ‘’slutwalk artharth besharmi morcha.’’  Who says it is morally wrong? Is it the society, who itself is morally zero and blame things on traditions, freedom, democracy and modernization as convenient?  They know how to talk around but feel the pain only when something happens to their own daughters and sisters. 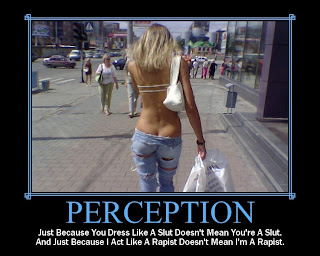 We need more women like Umang Sabharwal or the stats would jump further and the victim will still be the accused. 20 crimes on women every hour. 57 rape cases everyday. These facts are enough for Indian women to sign up for karate or martial arts for self defense in a male dominant society. Slut walk is yet another movement initiated by the women where one may debate the usage of word ‘’slut.’’  But the issue is not this word. The issue is the world that wants to inflict violence on women and use her clothes and sexual history as an excuse. India is a country where we have athletes like Pillavulakandi Thekkeparambil Usha, chief ministers like Mayavati, Sheila dixit, president like Pratibha Devisingh Patil and the president of the Indian National Congress Sonia Gandhi.

Who says women in India are not powerful???  It is just that they are patient and strong enough to bear all the soreness.

It is rightly said by   Anais Nin-
There came a time when the risk to remain tight in the bud
was more painful than the risk it took to blossom.

NOW IT’S TIME TO BLOSSOM FOR WOMEN AS THE BUD IS ABOUT TO OPEN.

Posted by Radically Rebellious at 12:15